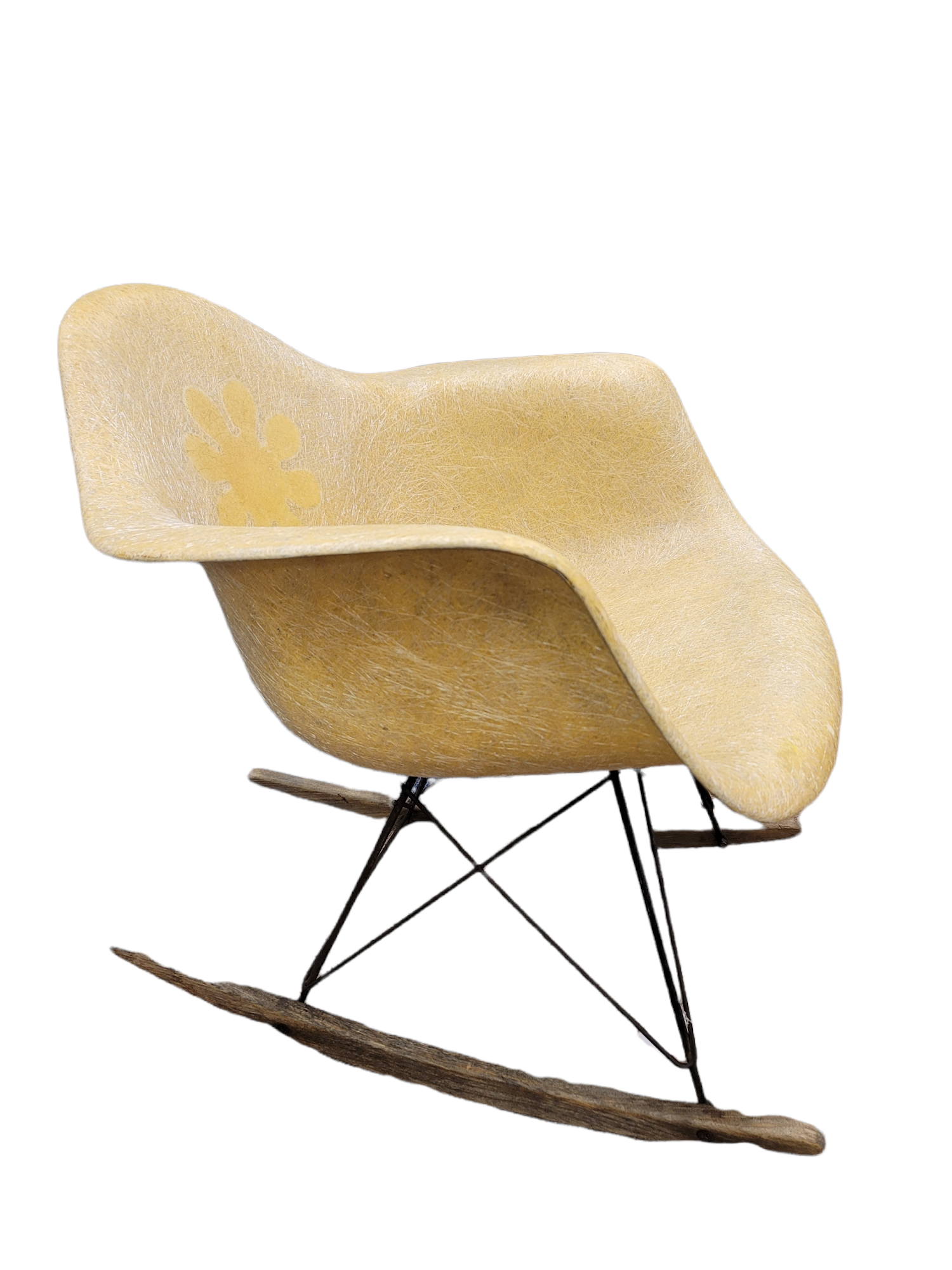 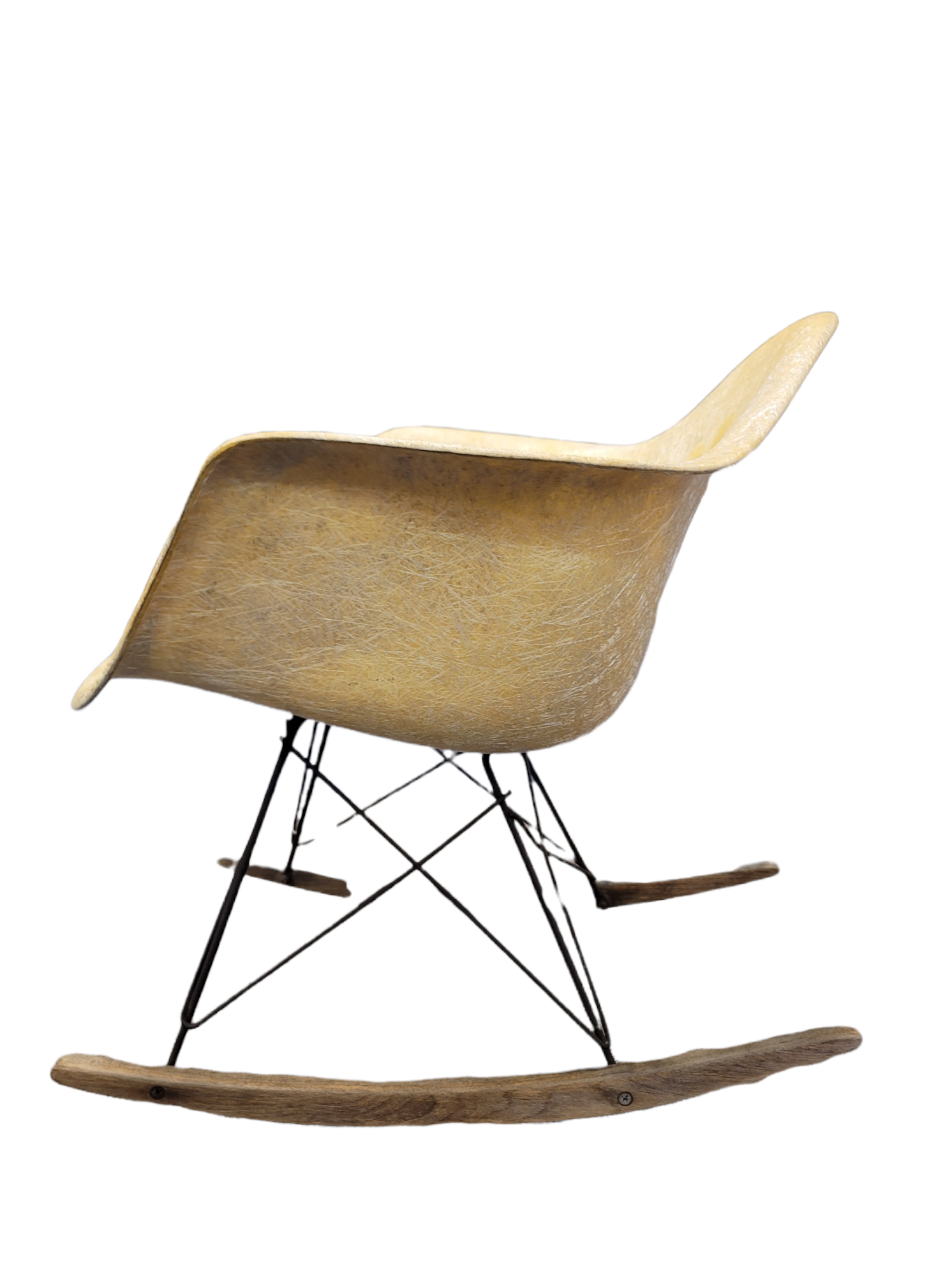 An early example of the iconic RAR rocker with a molded, rope-edged fiberglass seat with large shock mounts, made by Zenith Plastics for Herman Miller, set upon cross-braced steel struts attached to birch runners. Maker’s mark on underside.

The Rocking Chair also called Armchair RAR (for Rocking Armchair Rod base) was created by the Eames in 1948 using fiberglass-reinforced polyester resin to create a one-piece shell.

This rocking chair was first presented in 1950 at the MoMa’s Low Cost Furniture Design Competition in New York City. It met with great success there and was originally published by the Herman Miller company until the end of the 1970s. 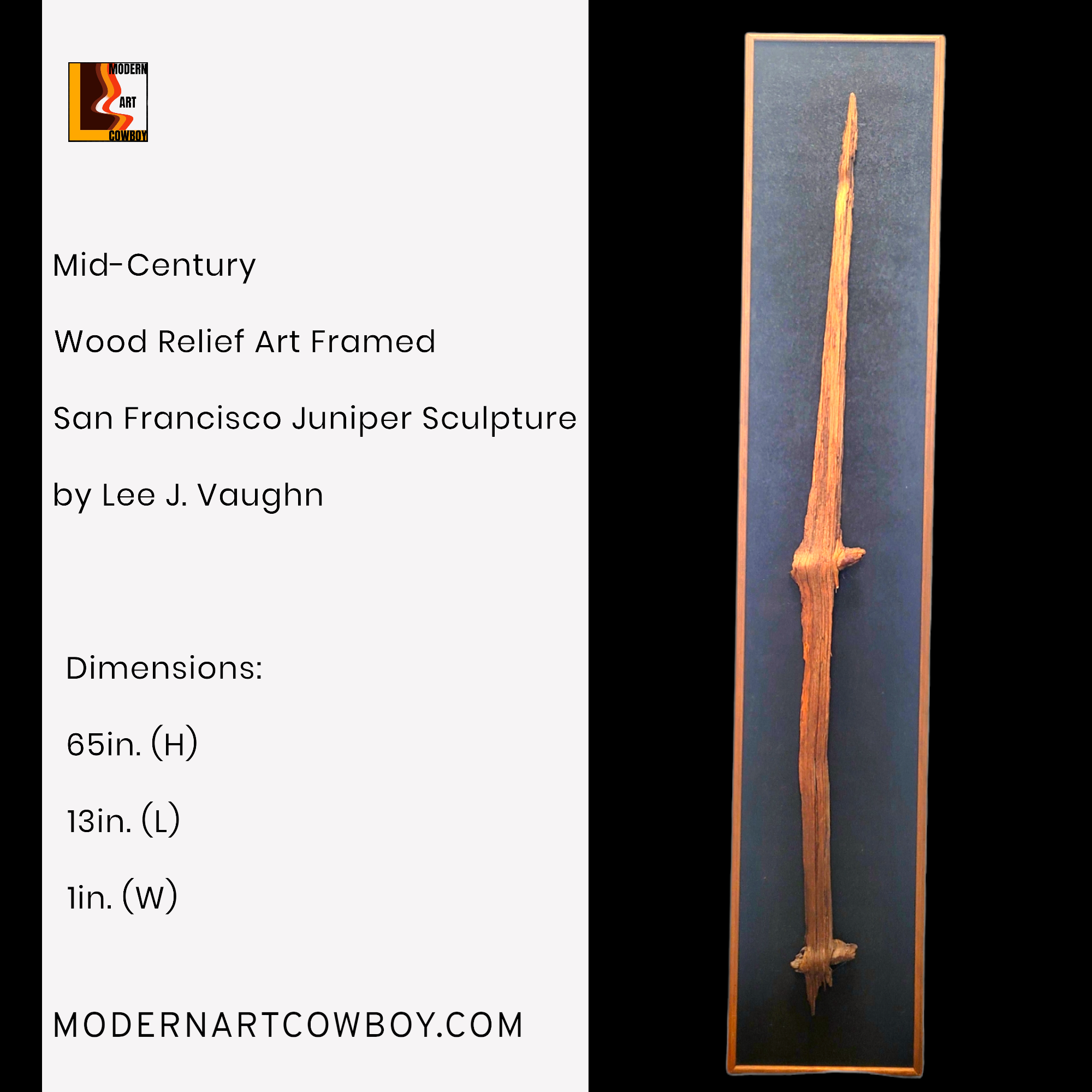 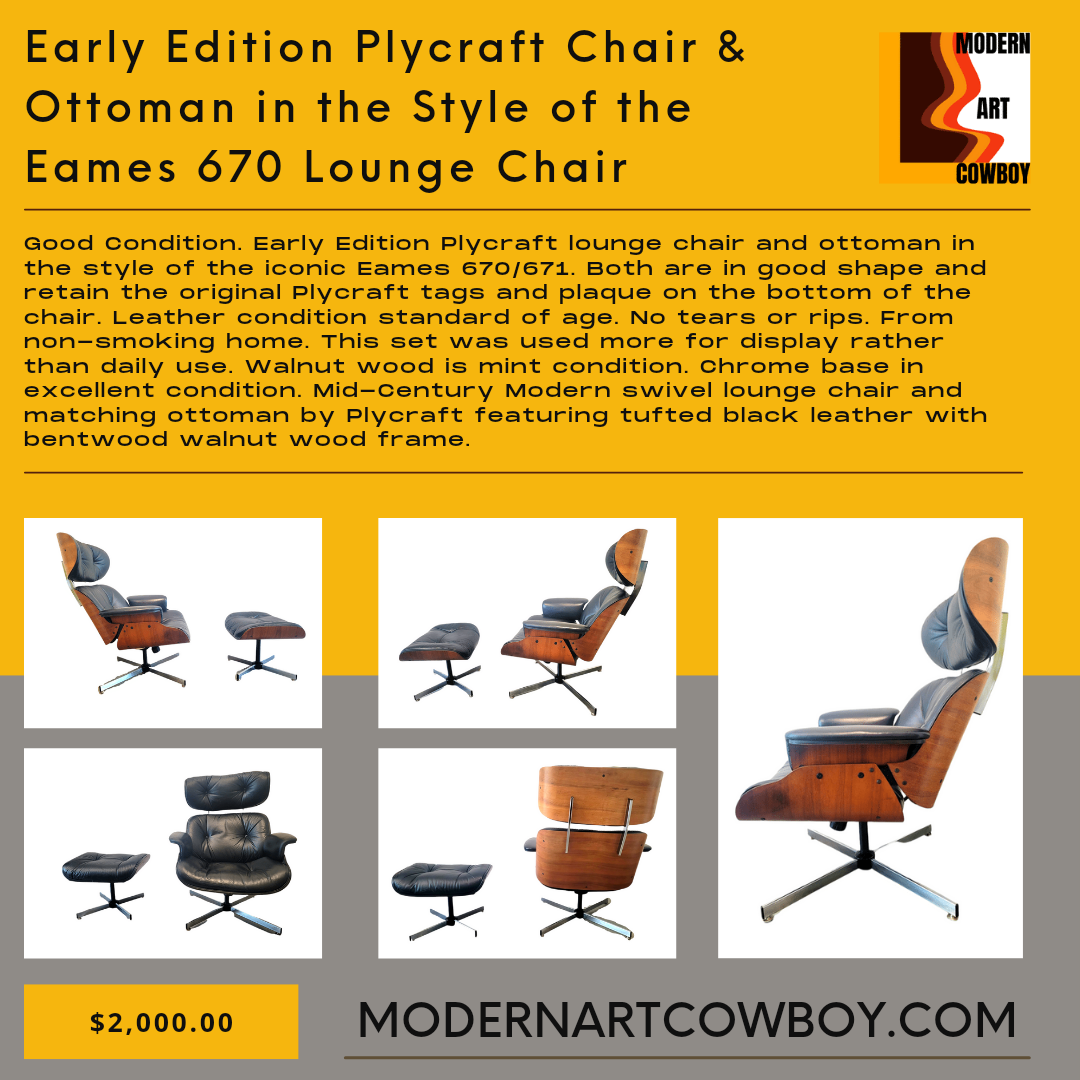 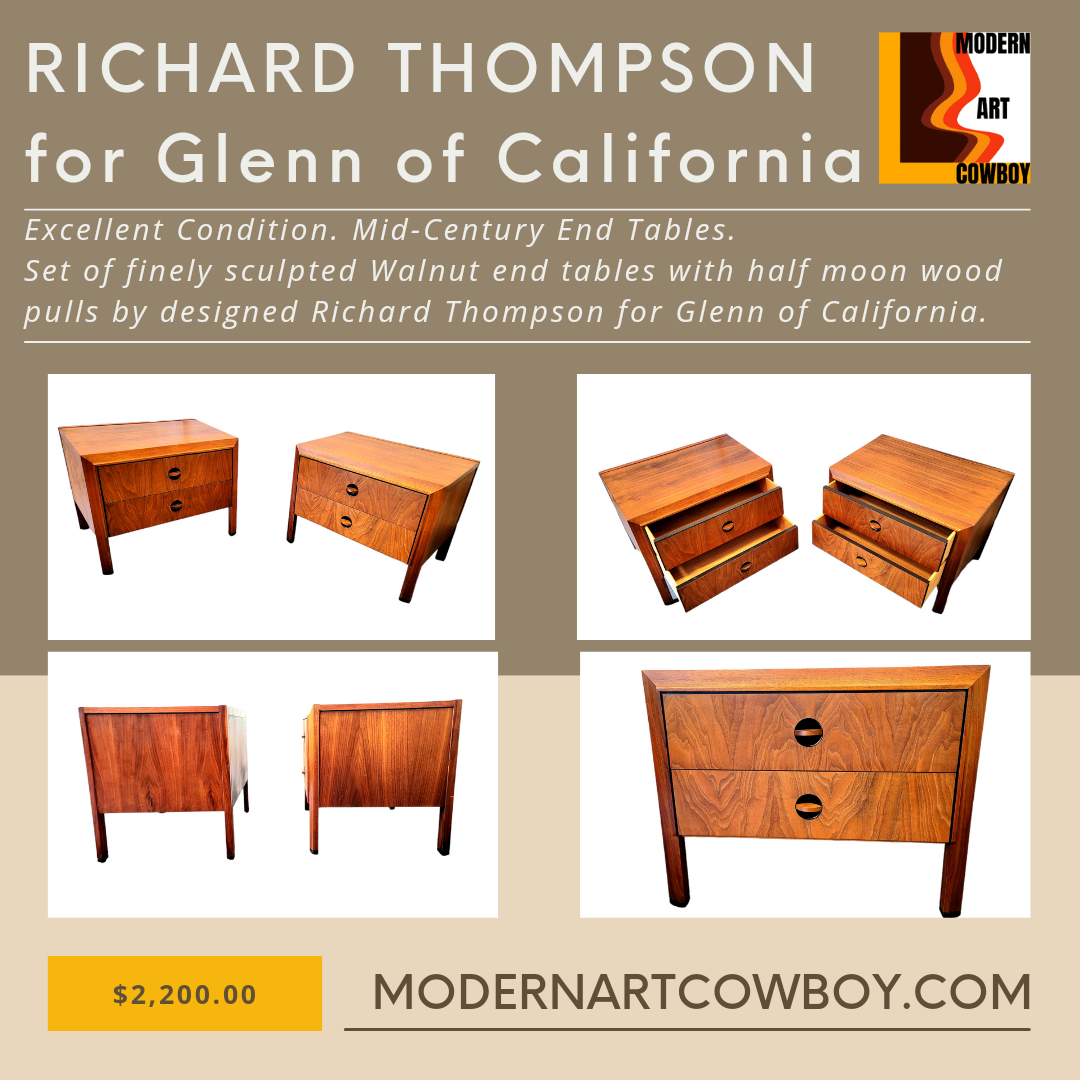